1. Placing boxes (dwelling units) on the ground in a transversal and orthogonal way, setting the conditions to guarantee that the views and sunlight are similar in all the dwellings.

2. Connection among them by means of a long continuous corridor that defines the project and the area of intervention in the territory. Modifying the end of the island to create a recreational and meeting area, opened to the sea delimited by bridges.

3. Binding between the boxes with others of different sizes (public spaces), whose landscaped roof decks will work as collective garden spaces for each of the cores of rooms. Setting back some of these boxes to lay out the and create squares and paths that vary.

4. Finally, breaking of the continuity in the piece that connects the entire project, getting different rhythms in the layout and higher spatial wealth. In addition a series of “balconies” open to the sea are created to the Northwest, getting at the same time views of the city of Tokyo and the break in the continuity of that “facade”. 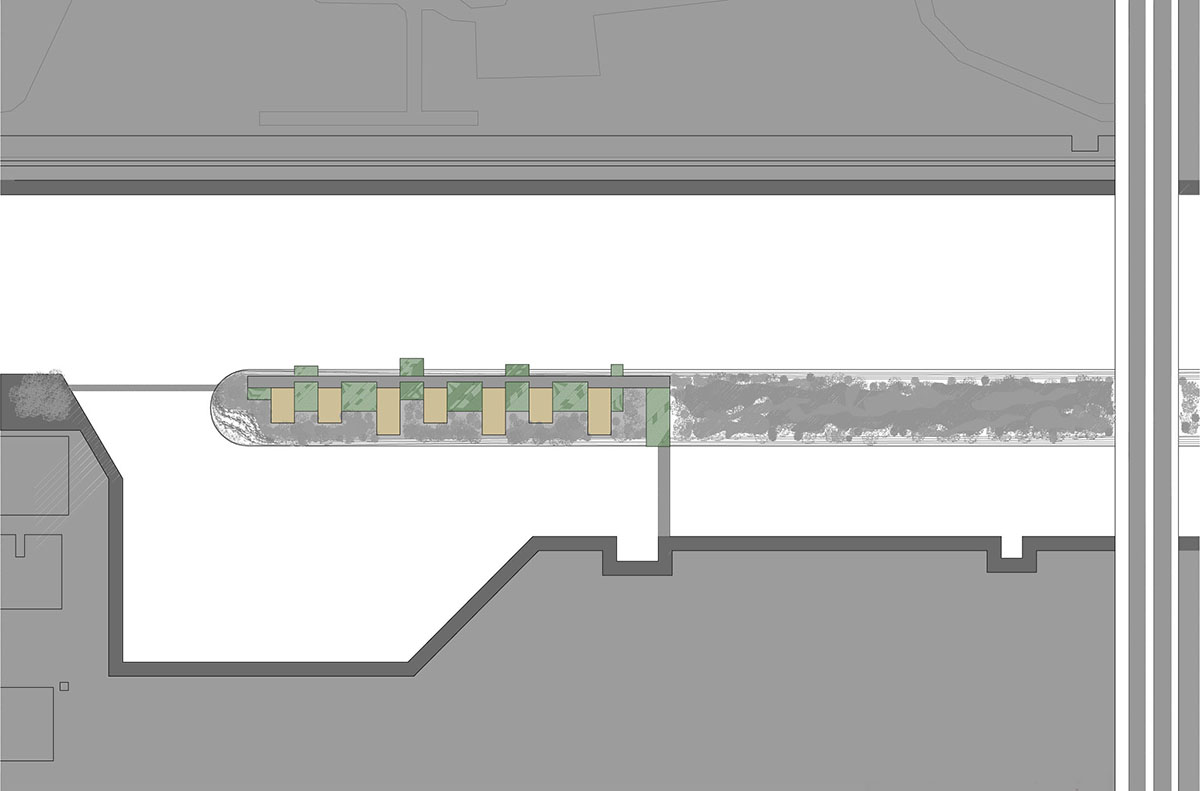 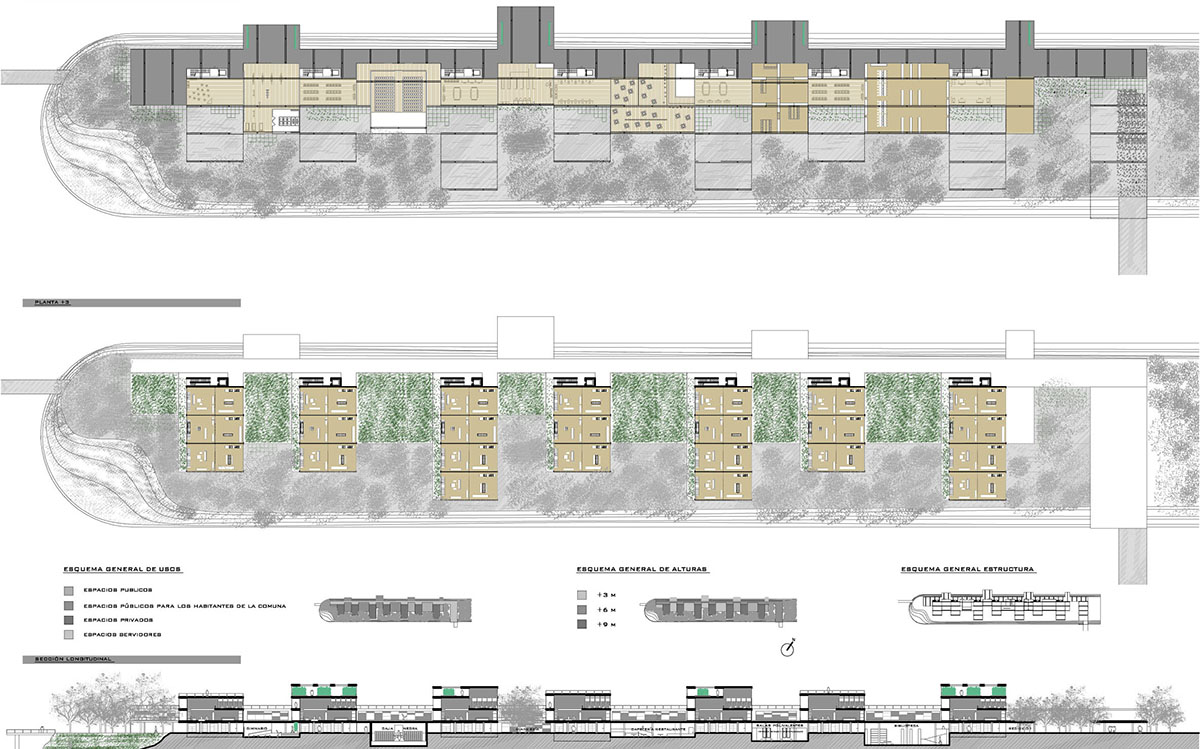 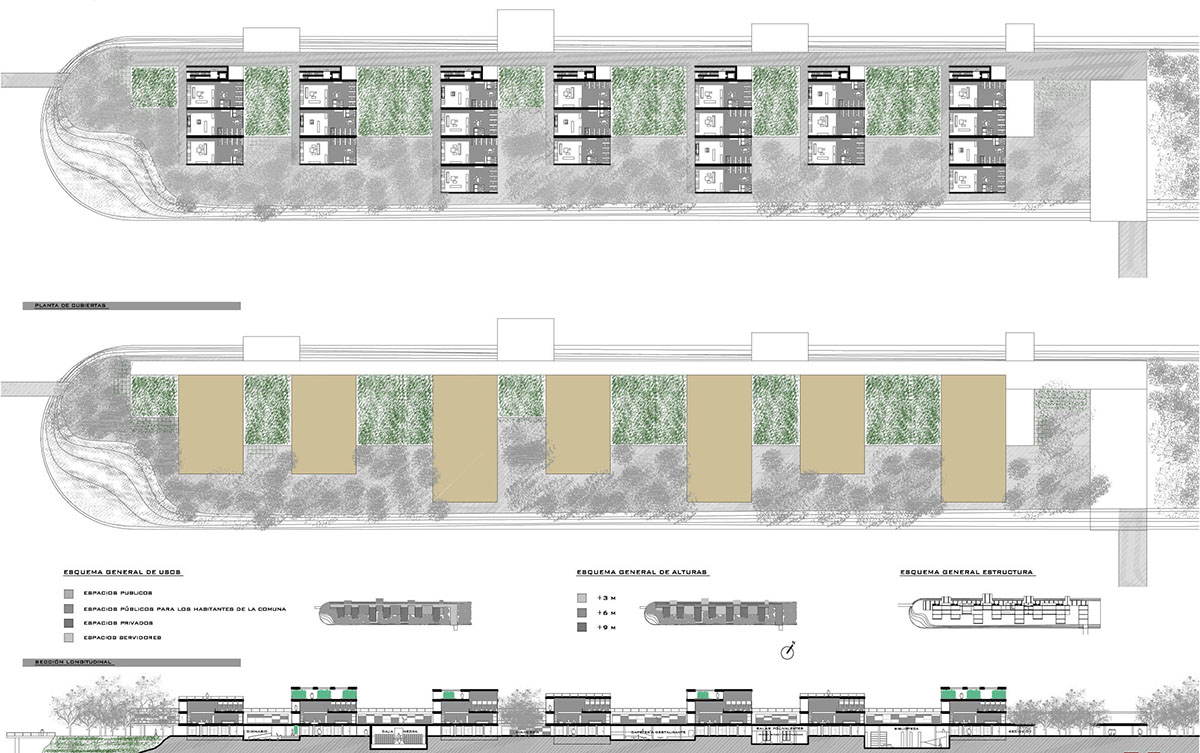 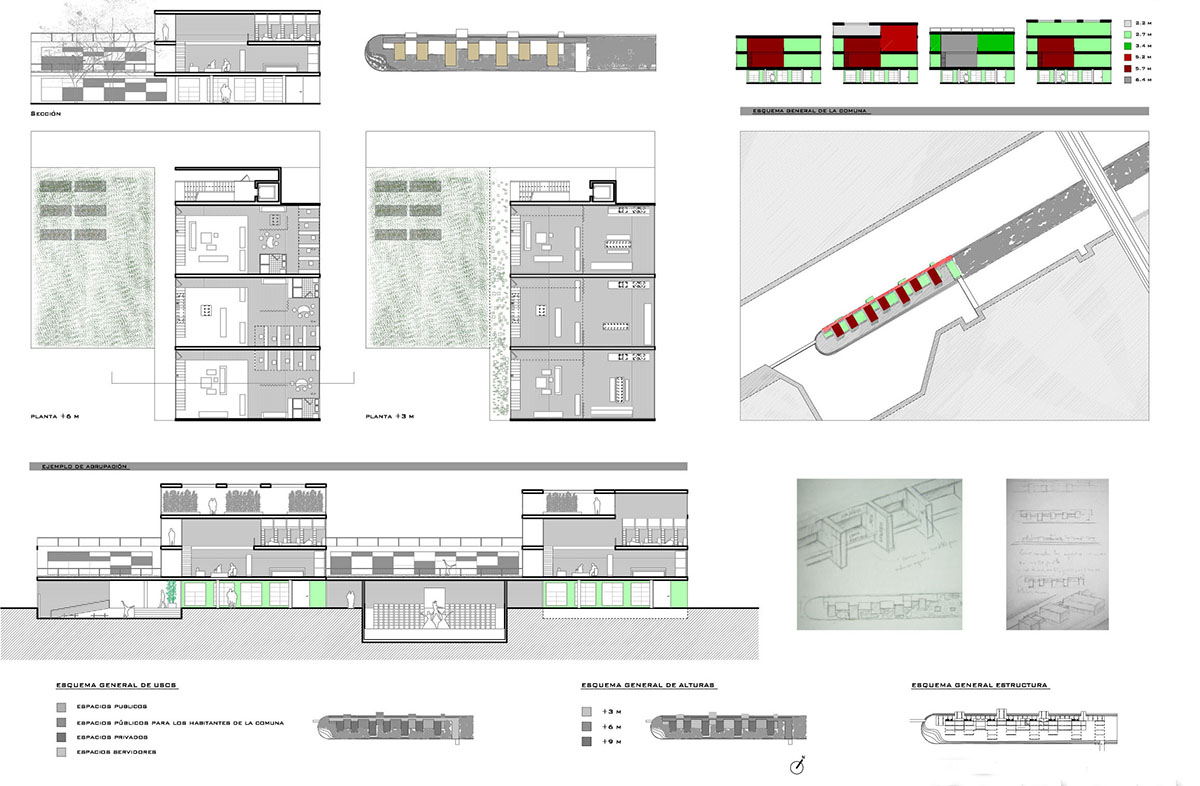 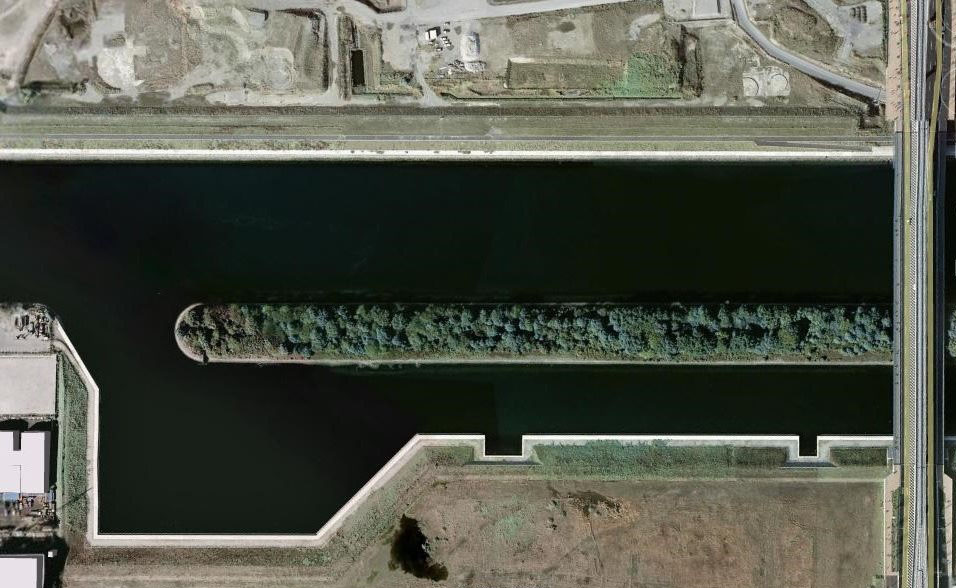